I’ve been very lucky to be mostly panic free for about a year. I’ve had occasional flares of anxiety with tinges of panic, but have managed to escape full panic attacks. I’m incredibly grateful for that. Honestly, it’s pretty surprising considering the amount of stress and life challenges that have happened in the past year. I wish I knew exactly why sometimes it’s better and sometimes it’s hell, but I haven’t been able to figure that out. Anyway…

Today, while sleeping (I work nights) I had Boston Legal playing in the background. It’s a show I loved years ago, so funny. I always have something playing when I go to sleep because I have to have distraction – otherwise my mind circles and circles. I usually pick a podcast or a tv show I’m already familiar with. I haven’t picked BL before, but when scrolling through on Amazon I saw it recommended and thought “sure, why not.”

Hours later I woke up feeling off and anxious and almost immediately I realized it was likely tied to the show. The current episode was dealing with a dominant theme I had forgotten about. One of the main characters, Denny, is developing Alzheimer’s (which he repeatedly refers to as Mad Cow). My mother has been developing dementia symptoms for a few years. It’s gone from a little forgetful to becoming more obvious and concerning. This week was the first time she was officially diagnosed with Alzheimer’s. This is terrifying for her and for me as well – for many reasons (she’s single, I’m an only child, the only other family she has is across the country – among other things).

I’ve been stressed about it, of course, but it hasn’t triggered actual anxiety/panic until today. Although I usually don’t worry too much about putting stressful stuff in my brain – at least stereotypical stressful stuff. For example I enjoy true crime podcasts and horror novels. But I’ll be damned if a legal based comedy didn’t kick of a major round of anxiety… It took a few hours before it eased off. It took distraction. I had dinner plans with my wife and my dad, and I refused to cancel them. One thing I’ve learned with my anxiety is cancelling things and avoidance is a massive slippery slope for me. It does nothing but reinforce that anxiety producing situations cause anxiety and only home is safe. Luckily dinner was outside and it’s hot as hell – so my tendency to sweat like a fiend when anxious wasn’t too obvious. I also took a couple of walks, because physical activity really helps burn off my stress hormones.

Anyway, I’m feeling ok at the moment. I have a cat on my lap and a nice generic sci-fi show on tv. Hopefully it won’t spike back up. I’m walking the fine line of not denying and avoiding my mother’s anxiety and all of the things I need to prepare for an do, but not allowing it to consume me. Adulting sucks. 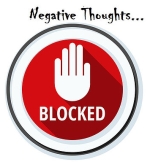